The Ecoregions of Kansas

. . . Defining the Native Plants of Kansas

About Our Kansas Ecoregions

The native plants of Kansas are not spread evenly across the state. Instead they are found in patterns that reflect the rainfall, temperatures, geology, and hydrology of an area. Together, the unique plants and animals, and the environmental conditions are called ecoregions.

Ecoregions can be characterized by the particular species of plants that grow in an area. Temperatures and precipitation are important in defining the plants found in a particular ecoregion. 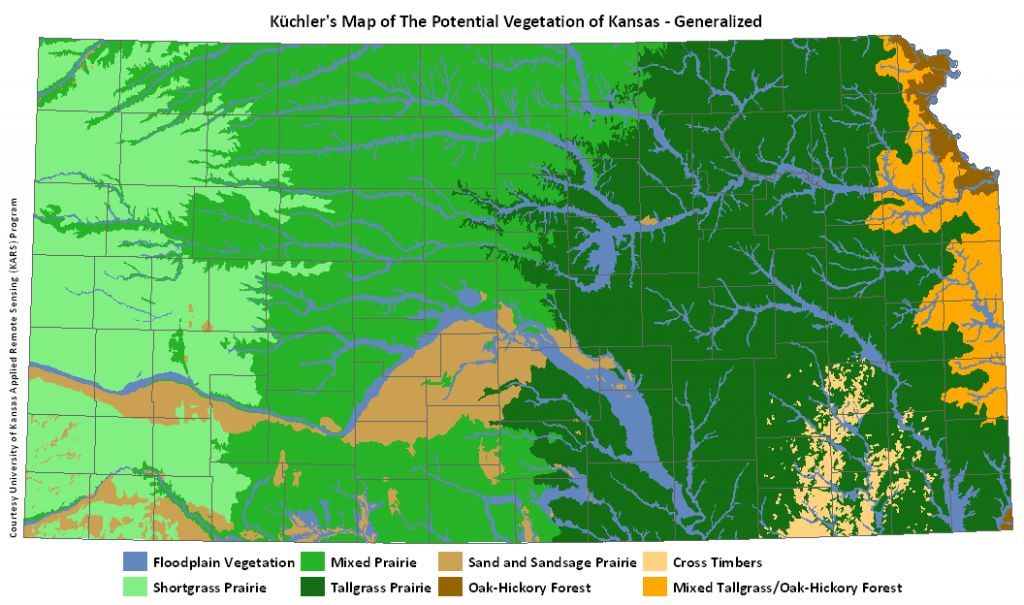 A.W. Kuchler developed the Map of Potential Vegetation of Kansas, representing approximate vegetation cover at the time of European settlement in Kansas.

Land cover of Kansas has changed significantly since settlement. 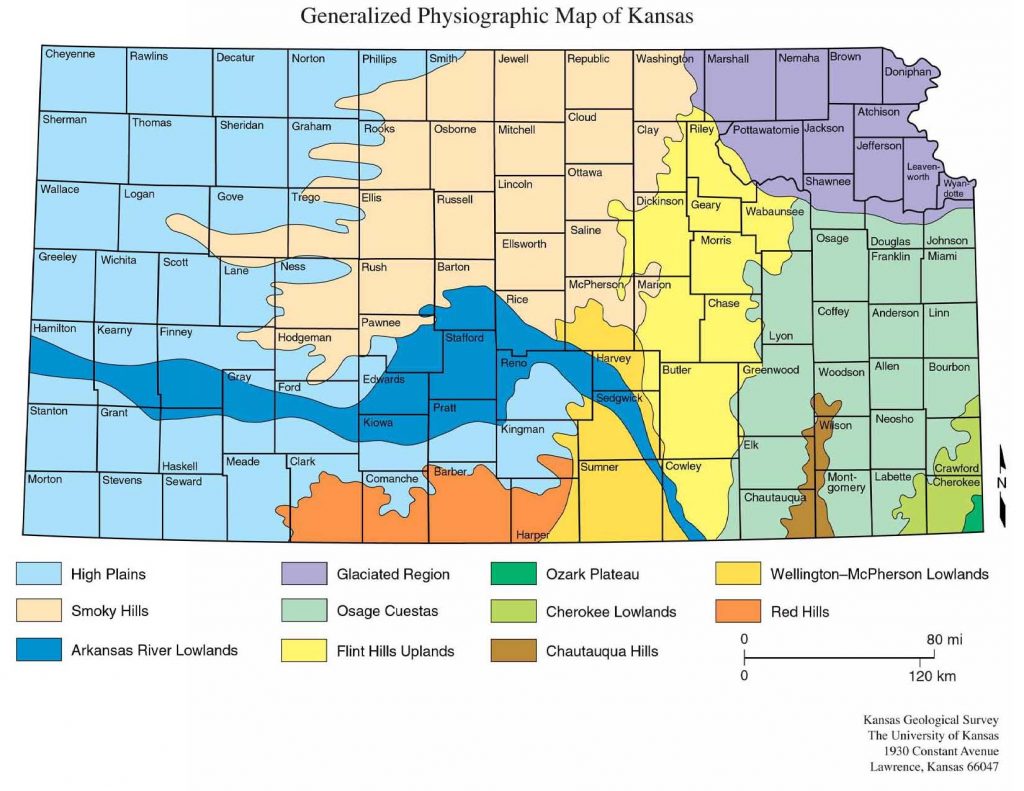 The hydrology of the state also plays a role in determining ecoregions. Map provided by Kansas Geological Survey.

The EPA has generated a map of Nebraska and Kansas with their respective ecoregions. The map depicted below shows the Kansas portion. EPA map. 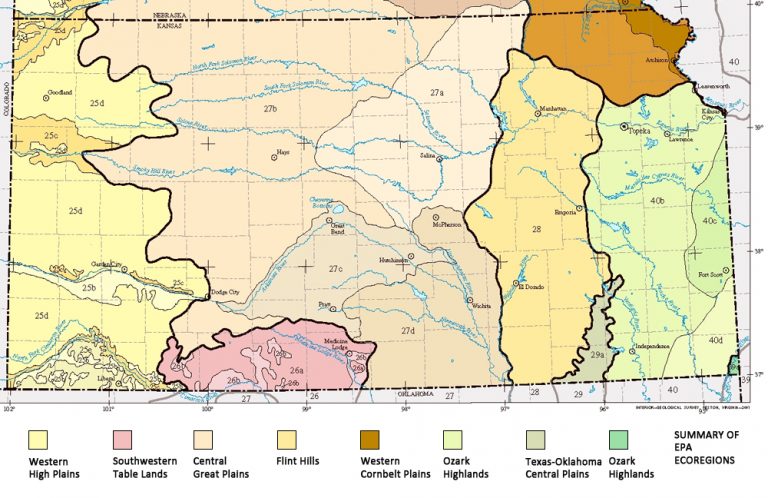 The following descriptions correspond to the EPA Ecoregion map. Public natural areas with native plants characteristic of the area are listed for each ecoregion.

From west to east the ecoregions indicated on the map are described.

Explore the Ecoregions of Kansas!

Square Miles: 3084
Physiography: Irregular plains with moderate slope. Intermittent streams, with a few large perennial streams. Historically, perennial streams fed by isolated springs may have been more abundant, but water consumption for agriculture and the lowering of the watertable have reduced flow and dried up springs and many streams.
Geology: Loess mantled uplands. Sandy, gravely and loamy colluvium. Miocene sandstone (Ogallala Formation).
Potential Natural Vegetation: Combination of shortgrass and mixedgrass prairies, with mostly mixedgrass prairie in the north. Shortgrass prairie (blue grama and buffalograss) dominates on upland sites, giving way to mixedgrass prairie (little bluestem, side oats grama) on slopes, more mesic sites along rivers and streams, and also on sites overlain by thicker loess deposits. In the south, largely on Cretaceous chalks, a unique association called the chalk flat prairie, which is a mixedgrass prairie.
Land Use and Land Cover: Rangeland and some small areas of dryland farming with major crops of winter wheat and grain sorghum.

27b. Rolling Plains and Breaks

Explore the Natural Areas of the Central Great Plains

Explore the Natural Areas of the Great Bend Sand Prairies

Explore the Natural Areas of the McPherson-Wellington Lowlands

26b. Flat Tablelands and Valleys


Explore the Natural Areas of the Flint Hills


Explore the Natural Areas of the Cross Timbers

Explore the Natural Areas of the Cherokee Plains

Explore the Natural Areas of the Glacial Drift Hills